What an amazing success! Thanks for all your support.

In 1976, Dick Traum, an above the knee amputee, found himself approaching middle age and out of shape. After joining a local YMCA, Dick began running – small distances at first and then, eventually several miles. Within a year, Dick became the first amputee to run the New York City Marathon. The experience was life changing, bringing a powerful sense of achievement and self-esteem. In 1983, Seeking to provide that same opportunity to other people with disabilities in Canada, Brian McLean created Achilles Canada in 1999.

Today, this non-profit organization has chapters and members across Canada. Every day, in parks, gyms, and tracks, Achilles Canada provides athletes with disabilities a community of support.

Able-bodied volunteers and disabled runners come together to train in an environment of support and community. Within this community, runners gain measurable physical strength and build confidence through their sense of accomplishment, which often transfers to other parts of their life. 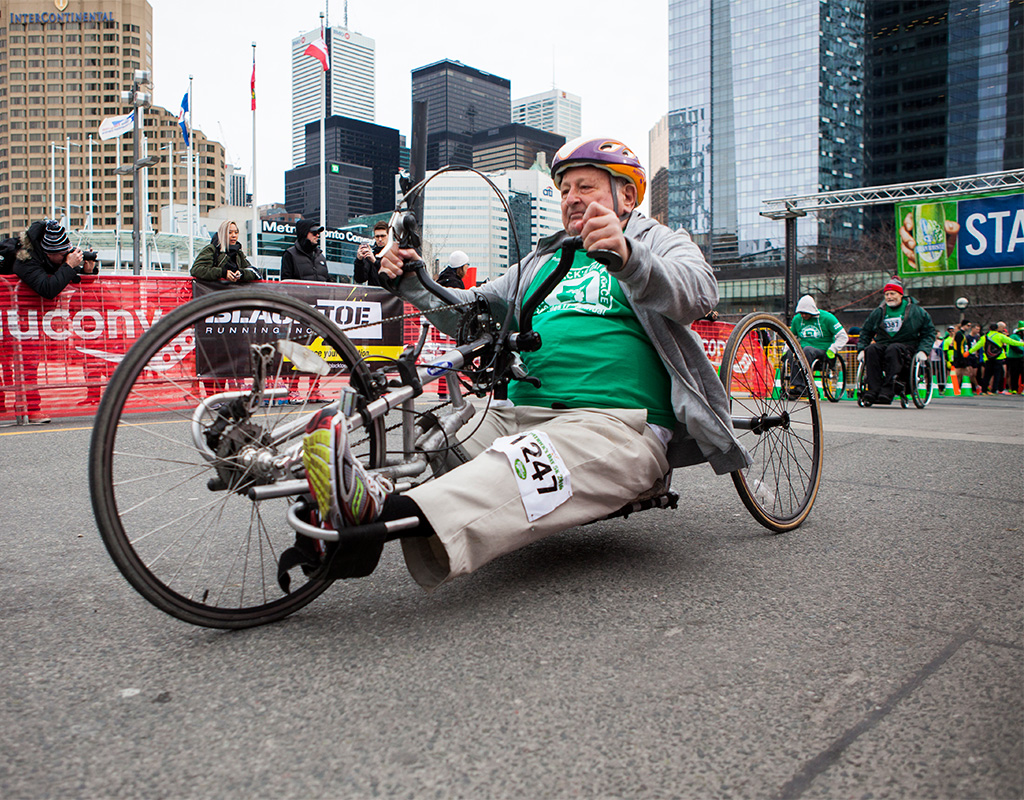 Be a part of breaking down the barriers